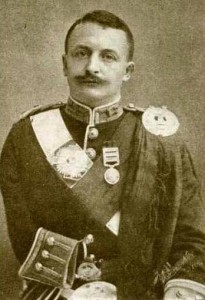 Major Matthew Fontaine Maury Meiklejohn VC was educated atFettes College. He joined the Gordon Highlanders in India in 1891. He saw active service with the Chitral Relief Force (1895) and the Tirah Expedition (1897). He was promoted to Captain in 1899.

During the South African War (Boer War), Meiklejohn won his VC for his actions at the Battle of Elandslaagte on 21 October 1899. His citation from The London Gazette (issue 27212 of 20 July 1900) reads:

“At the Battle of Elandslaagte, on the 21st October, 1899, after the main Boer position had been captured, some of the men of the Gordon Highlanders, when about to advance, were exposed to a heavy cross-fire and, having lost their leaders, commenced to waver. Seeing this, Captain Meiklejohn rushed to the front and called on the Gordons to follow him. By his conspicuous bravery and fearless example, he rallied the men and led them against the enemy’s position where he fell, desperately wounded in four places.”

Owing to the severity of his wounds, Meiklejohn’s right arm was amputated.

Meiklejohn went on to become a very efficient Staff Officer. He moved to the War Office in 1909 working in the department of the Director of Military Training. He later achieved the rank of Major.

Major Meiklejohn died on 4 July 1913 following a fall from his horse in Hyde Park. His horse was startled by the salute during an OTC inspection and galloped away towards a group of children. To avoid them, Meiklejohn turned his horse against the railings of Rotten Row. He was thrown off and never regained consciousness. The Times reported it as an act of heroic self-sacrifice. 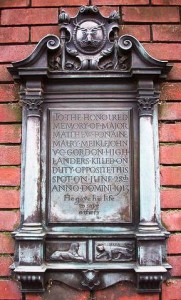 Major Meiklejohn was buried with full military honours. The first part of the service was held in the private chapel of the Middlesex Hospital, where he died. A military procession to the Necropolis station followed, whilst at Brookwood a short service took place in the cemetery chapel before the burial took place.

A plaque was placed on the wall of Knightsbridge Barracks with the details of the incident along with the words “He gave his life to save others”. His Victoria Cross is displayed at the Gordon Highlanders Museum, Aberdeen. 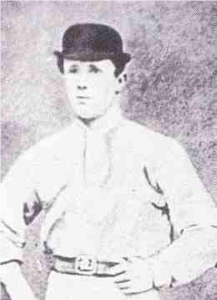 Thomas was born 16th January 1839 in Mitcham. At the age of 23 he was playing first-class cricket for Surrey. He was known as the “Pocket Hercules” for although he was short, he could hit powerfully, he was considered one of the best all-rounders, of the day. During his career he scored 6,687 runs in 381 innings, being not out 18 times. His brothers, John, William, and Richard were also first-class cricketers. Thomas formed a successful partnership with Harry Jupp, they became known as ‘The Surrey Boys’. He played his last match for Surrey in 1874 at the age of 35 and then became landlord of the Cricketers Inn in Westcott, then he moved to the Ram Inn followed by the Jolly Butcher both in Dorking. Sadly, his health broke down, he died of congestion of the lungs in Brookwood Asylum, he was 39 years of age.

Many associates and friends donated to pay for his memorial. 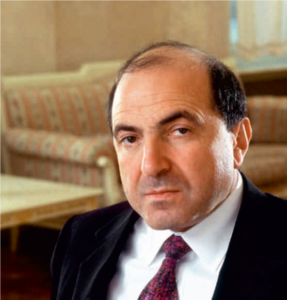 Boris Abramovich Berezovsky, also known as Platon Elenin, was a Russian business oligarch, government official, engineer, and mathematician. He was a member of the Russian Academy of Sciences. Berezovsky was politically opposed to the President of Russia Vladimir Putin since Putin’s election in 2000 and remained a vocal critic of Putin for the rest of his life. In late 2000, after the Russian Deputy Prosecutor General demanded that Berezovsky appear for questioning, he did not return from abroad and moved to the UK, which granted him political asylum in 2003. In Russia, he was later convicted in absentia of fraud and embezzlement. The first charges were brought during Primakov’s government in 1999. Despite an Interpol Red Notice for Berezovsky’s arrest, Russia repeatedly failed to obtain the extradition of Berezovsky from Britain, which became a major point of diplomatic tension between the two countries.

Berezovsky made his fortune in Russia in the 1990s, when the country went through privatization of state property. He profited from gaining control over various assets, including the country’s main television channel, Channel One. In 1997, Forbes estimated Berezovsky’s wealth at US$3 billion. He was at the height of his power in the later Yeltsin years, when he was deputy secretary of Russia’s security council, a friend of Boris Yeltsin’s influential daughter Tatyana, and a member of the Yeltsin “family” (inner circle). Berezovsky helped fund Unity, the political party that formed Vladimir Putin’s parliamentary base, and was elected to the Duma on Putin’s slate. However, following the Russian presidential election in March 2000, Berezovsky went into opposition and resigned from the Duma. After he moved to Britain, the government took over his television assets, and he divested from other Russian holdings.

In 2012, Berezovsky lost a London High Court case he brought over the ownership of the major oil producer Sibneft, against Roman Abramovich, in which he sought over £3 billion in damages. The court concluded that Berezovsky had never been a co-owner of Sibneft.
Berezovsky was found dead at his home, Titness Park, at Sunninghill, near Ascot in Berkshire, on 23 March 2013. A post-mortem examination found that his death was consistent with hanging and that there were no signs of a violent struggle. However, the coroner at the inquest into Berezovsky’s death later recorded an open verdict. 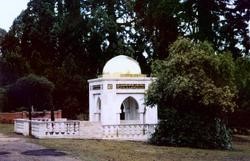 Member of the Iraqi royal family which was ousted in 1958 when nationalists shot King Faisal II and his family.

Sir Cosmo Duff-Gordon was a prominent Scottish landowner and sportsman, best known for the controversy surrounding his escape from the sinking of the RMS Titanic.

Educated at Eton, Sir Cosmo lived a life of comfort and privilege. He was a first-class fencer and represented Britain at the 1908 Olympic Games. Sir Cosmo and his wife were travelling on the Titanic under the assumed name of Mr and Mrs Morgan. They along with his wife’s secretary, occupied lifeboat No.1. This had 12 people in it, although the boat was designed for 40. 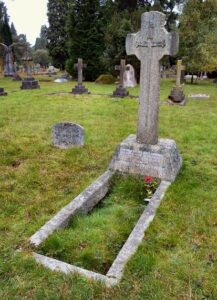