Brookwood Cemetery was conceived by the London Necropolis Company (LNC) in 1849 to house London’s deceased, at a time when the capital was finding it difficult to accommodate its increasing population, of living and dead.

In 1852 an Act of Parliament was passed which allowed them to purchase 2268 acres of heathland near Woking from Lord Onslow for the purpose of providing a cemetery. Work began immediately on an area of 350 acres at Brookwood on the western extremity of the parish. There was no settlement at that time in the area, and it was not until the 1880s that the village of Brookwood was developed.

At the time of establishment, the cemetery was divided by paths and avenues into separate ‘grounds’ some of which were allotted to different London parishes, and to various religious denominations, as it catered for all classes and faiths.

The site was required to be enclosed, at first defined by a wooden fence, and from 1902 by the 2.5m high brick wall which survives today. The design was the work of the Company’s architect, Henry Abraham. The Chapels and stations were designed by Sydney Smirke, who took over as architect in 1853.

The cemetery is said to have been landscaped by architect William Tite. Sydney Smirke was apparently also responsible, with William Broderick Thomas, for the detailed and extensive evergreen planting scheme which was carried out by the local nurseryman Robert Donald, owner of Goldsworth nursery.

The southern half of the cemetery, known initially as Woking Necropolis, was consecrated on 7 November 1854 by Charles Sumner, Bishop of Winchester and opened to the public on 13 November 1854 when the first burials took place.

Brookwood was originally accessible by rail from a dedicated station – The London Necropolis Railway Station – next to Waterloo station in Central London. Trains, with passenger carriages reserved for the different classes and Hearse Carriages for the coffins (also for different classes) came into the cemetery on its dedicated branch line from the adjoining South Western Main Line – a junction just to the west of Brookwood station.

The original London Necropolis station was relocated in 1902 but its successor was demolished after suffering bomb damage during World War II. There were two stations in the cemetery itself, one serving the non-conformist side (North) One serving the Anglican side (South). The southern platform still exists and is in the ownership of the St. Edward Brotherhood.

Today for visitors wishing to use the Railway Line, Brookwood station provides direct access into the Cemetery.

A short piece of track and a commemorative plaque serve as a reminder of the last journey of the deceased. 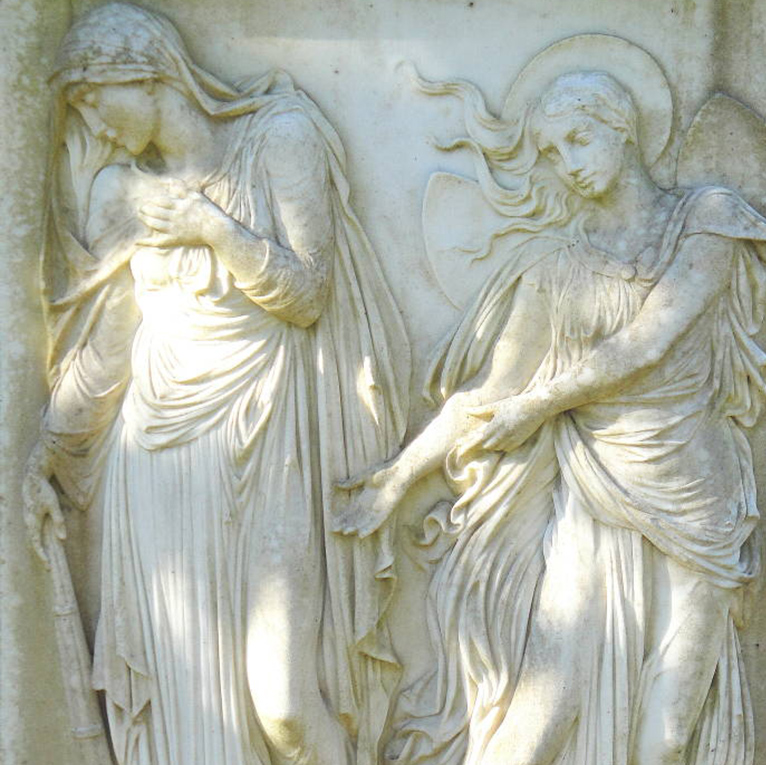 The Brookwood Cemetery Society was established in April 1992. It works to promote a wider interest in the Cemetery, which the Society believes should be regarded as a site of national importance.

It assists with maintenance, clearance and restoration work; it works to ensure the cemetery remains a valuable haven for flora and fauna; and it helps relatives locate graves in the cemetery. The Society organises regular tours and other events. You can find out more by following the link below to their website.