DESCRIPTION: a cruciform building, with a central cross-capped dome. The east face is pedimented, carried on paired coupled Doric columns: the tympanum is inscribed

COLUMBARIUM. Four steps lead up to an Egyptian style doorway. The curved quadrant walls have channelled rustication, with rectangular fielded panels above, while the other three arms terminate in paired pilasters.
The interior has a gallery at entrance with a stairway at the back leading to an underground vault.

HISTORY: this structure was originally intended to serve as the mausoleum of the 5th Earl Cadogan (1840-1915): he sold it to the London Necropolis Company in 1910 for £200. The term columbarium, from the Latin for dovecote, refers to a building containing niches for depositing caskets of ashes. This is the largest mausoleum in the cemetery and is an elegant classical example of the type with an unusual history. 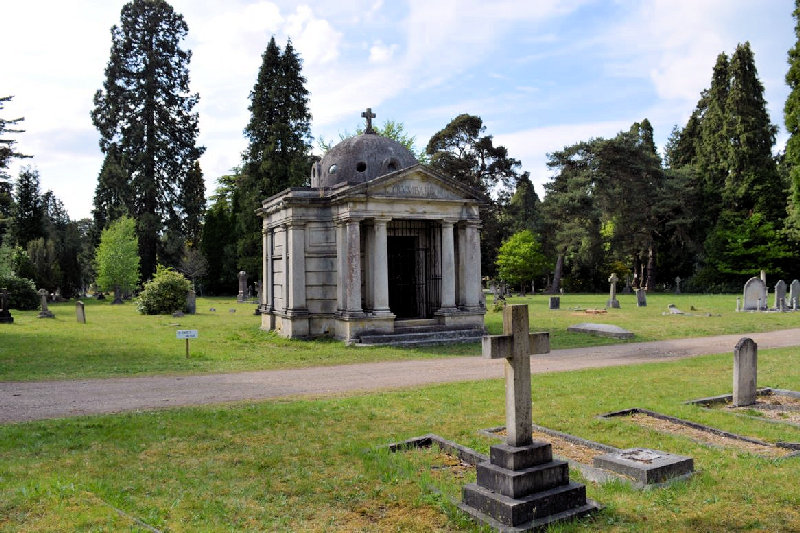