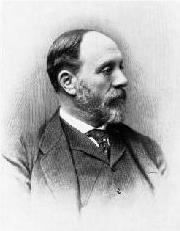 Civil Engineer
English civil engineer of the late 19th and early 20th century. His most famous project was the construction of Tower Bridge over the River Thames in London. He was a recognised industry leader He also played a prominent role in the development of industry standardisation, urging the ICE’s Council to form a committee to focus on standards for iron and steel sections. Two members each from the ICE, the Institution of Mechanical Engineers, the Institution of Naval Architects and the Iron and Steel Institute first met on 26 April 1901. With the Institution of Electrical Engineers joining the following year, these bodies were the founder institutions of what is today the British Standards Institution or BSI.

He was elected a Fellow of the Royal Society (FRS) in 1895, made a Knight Commander of the Order of the Bath (KCB) in 1897, elected President of the Institution of Civil Engineers (Pres.Inst.C.E.) in 1898, the year in which he assumed his middle name of Wolfe as an additional surname after receiving an inheritance from his godfather the architect John Lewis Wolfe (1798–1881).
He was also a member of the Smeatonian Society of Civil Engineers. He was chairman of Cable and Wireless from 1900 to 1917. In 1902 he joined the consulting firm of Robert White & Partners, which was renamed Wolfe Barry, Robert White & Partners (later, in 1946, renamed Sir Bruce White, Wolfe Barry and Partners). He married Rosalind Grace, the daughter of Rev Evan Edward Rowsell of Hambledon, Surrey. They had four sons and three daughters. In 1922 a memorial window designed by Sir John Ninian Comper was dedicated to his memory in the nave of Westminster Abbey.