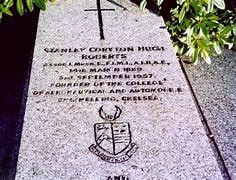 Founder of the British School of Motoring.
Inventor, Automotive Pioneer. An outstanding figure in technical education and training in Britain. Roberts was convinced that Britain could maintain its position in the world only by training more people in science and technology. He founded the British School of Motoring in 1909, and the Automobile College in 1923. In the following year, he founded the College of Aeronautical & Automobile Engineering in Chelsea. The young Alec Issigonis, designer of the Mini, was a student there. Roberts also invented many improvements for the audio industry, including the “Vestone” gramophone.