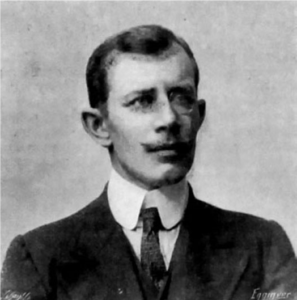 Canadian Railway Engineer, High Commissioner of Northern Nigeria, and the East Africa Protectorate.
Born in Montreal, Quebec, the son of Désiré Girouard and Essie Cranwill, he attended Collège de Montréal (1877–1878) and College St. Joseph in Trois-Rivières (1879–1882) and graduated from the Royal Military College of Canada in Kingston, Ontario, in 1886.

Girouard worked for two years on the Canadian Pacific Railway’s “International Railway of Maine” in Greenville, Maine, before he was commissioned in the Royal Canadian Engineers in 1888. From 1890–1895 he was in charge of the Woolwich Arsenal Railway before he joined the Dongola Expedition in 1896 and was asked by Kitchener to supervise the extension of the old Wadi-Halfa to Akasha railroad. In 1897 he was ordered by Kitchener to build a railway from Wadi Halfa to Abu Hamed, 235 miles directly across the Nubian Desert, which eliminated 500 miles of navigation up the Nile River. This line allowed Kitchener to move his armies into the heart of the Sudan and defeat the forces of the Khalifa at Atbara and Omdurman in 1898. By then Girouard had been appointed President of Egyptian State Railways and was responsible for clearing the congestion at the Port of Alexandria.

In October 1899 Girouard was sent by the War Office to South Africa to advise on the railway situation of the Cape Colony. When the Boer War (1899–1902) broke out he became Director of Imperial Military Railways which included the lines in the Cape, as well as the lines taken over from the Boers in the Orange Free State and the Transvaal. His rapid reconstruction of the damaged lines and the innovative deviations around destroyed bridges, enabled the rapid movement of men and material to support the advance of Lord Robert’s forces in 1900 to capture Pretoria. Girouard remained in South Africa as Commissioner of the Central South African Railways until pressure from the Johannesburg mine owners to reduce railway expenses forced his resignation in 1904.

In 1906, Winston Churchill, then Under-Secretary of State at the Colonial Office, promoted Girouard as High Commissioner in Northern Nigeria. Girouard was also responsible for building a railway from Baro, on the Niger River, 366 miles north to the ancient city of Kano. As Governor he supported the work of the Northern Nigerian Lands Committee and the legislation which resulted from this work had the effect of preventing the establishment of private property in land. He then served as governor of the British East Africa Protectorate (Kenya) from 1909 to 1912. His involvement in the controversial move of the Maasai led to a smoldering dispute with the Colonial Secretary, Lord Milner, who accepted his resignation in 1912. By then Girouard had been offered a position as the managing director of the Eslwick Works of the armaments and shipbuilding concern of Armstrong Whitworth and Co. Ltd.

From 1912 until 1923 Girouard remained at Armstrong’s except for a brief period in 1915 when the “Shell Crisis” forced the British Government to abandon its “business as usual” policy. Kitchener had asked Girouard for advice on the production of munitions and supported his appointment as Director General of Munitions in the newly formed Ministry of Munitions under Lloyd George. But Girouard could not work under a politician and six weeks later he returned to work at Armstrongs.

He received the Distinguished Service Order (DSO) following the defeat of the Sudanese, and in November 1900 was knighted and appointed a Knight Commander of the Order of St Michael and St George (KCMG) for his services in South Africa. In 1903 he married Mary Gwendolen Solomon, the only child of Sir Richard Solomon, at Pretoria, Transvaal. They had one son. Girouard died in London, in 1932. 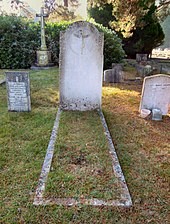