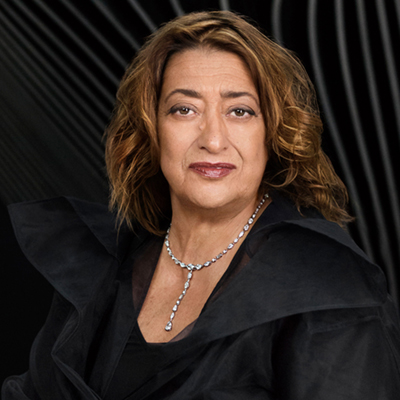 Dame Zaha Mohammad Hadid DBE RA was an Iraqi-British architect. She was the first woman to receive the Pritzker Architecture Prize, in 2004. She received the UKs most prestigious architectural award, the Stirling Prize, in 2010 and 2011.

In 2012, she was made
a Dame by Elizabeth II for services to architecture, and in 2015 she became the first and only woman to be awarded the Royal Gold Medal from the Royal Institute of British Architects. Buried at Brookwood Cemetery – New Muslim High Ground